Our Friesian stallion, Ceimpe, was born and raised in Holland. He is a giant, but he has a loving and gentle nature. He is awesome in appearance, looking like a “fantasy” horse from some childhood storybook. Only a unicorn would be more breathtaking.

Together with his fabulous carriage and bold manner as well as elegant conformation, long hair, and dark color, Ceimpe should produce foals that will be a real asset to the breed and a delight to ride and show.

He is a dream to ride, once you get used to the strength of a 1700 pound animal whose pounding feet on the ground seem to make the ground around you shake. His flowing mane waving in the breeze when running can transport your imagination to an era hundreds of years ago.

Approved Friesian Stallion: Approved as a breeding stallion by the FPZV at their Stallion Performance Test held in March 2008, He previously received the Reserve Championship at the Stallion Keuring held in March 2006. 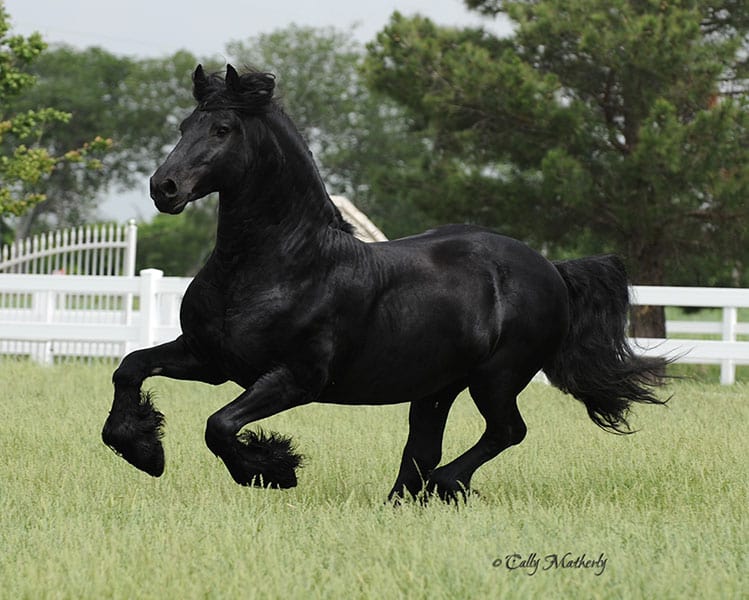 We are proud of Ceimpe and his performance scores